We are a patient evaluation center for Hawaii residents seeking their medical 329 card (or blue card). We care about your health and diagnosis and we want to be sure medical marijuana is the best option for you.

Announcement: Hawaii DOH now accepts out of state visitors to Hawaii! Also, you receive your medical marijuana card once approved digitally, so it’s much faster!

Our mission is to simplify the distribution of 329 cards for people who can legally benefit from medical cannabis.  We believe cannabis can be truly beneficial for the appropriate conditions, and that medical grade cannabis is safer and better controlled than illegally obtained marijuana. We believe cannabis can complement current medical treatments.  We also understand that the use of cannabis can stigmatize both the user and the medical provider. Our goal is to be mindful of your discretion, medical needs, and provide the safe and legal use of medical cannabis.

Is Medical Marijuana Safe? Will It Work?

The most common use for medical marijuana in the United States is for pain control. While marijuana isn’t strong enough for severe pain (for example, post-surgical pain or a broken bone), it is quite effective for the chronic pain that plagues millions of Americans, especially as they age. Part of its allure is that it is clearly safer than opiates (it is impossible to overdose on and far less addictive) and it can take the place of NSAIDs such as Advil or Aleve, if people can’t take them due to problems with their kidneys or ulcers or GERD.

In particular, marijuana appears to ease the pain of multiple sclerosis, and nerve pain in general. This is an area where few other options exist, and those that do, such as Neurontin, Lyrica, or opiates are highly sedating. Patients claim that marijuana allows them to resume their previous activities without feeling completely out of it and disengaged.

Along these lines, marijuana is said to be a fantastic muscle relaxant, and people swear by its ability to lessen tremors in Parkinson’s disease. I have also heard of its use quite successfully for fibromyalgia, endometriosis, interstitial cystitis, and most other conditions where the final common pathway is chronic pain.

Marijuana is also used to manage nausea and weight loss, and can be used to treat glaucoma. A highly promising area of research is its use for PTSD in veterans who are returning from combat zones. Many veterans and their therapists report drastic improvement and clamor for more studies, and for a loosening of governmental restrictions on its study. Medical marijuana is also reported to help patients suffering from pain and wasting syndrome associated with HIV, as well as irritable bowel syndrome and Crohn’s disease.

Your evaluation will be completed by a medical doctor. We care about your diagnosis and we value your privacy. We are conveniently located in Hawaii Kai with ample free parking. We can now qualify out of state visitors to Hawaii for medical marijuana. If you’re approved we submit your application on the same day and you will now get a digital medical marijuana card much faster (possibly on the same day!). You just need to show the dispensary your medical marijuana card digitally by using your phone or tablet and your ID and you’re in. If you have difficulty completing forms or uploading your ID, we can help you complete them too. Office visits usually take no longer than 10-15 minutes.

See All Of Our Google Reviews Below

Medical Marijuana Hawaii
5.0
Based on 76 reviews

Mario Lopez
21:45 14 May 21
I was very happy with the service and professional structure of their review process. They took the time to explain and... answer questions. I was very comfortable for a person who is not a experienced marijuana user. They explained how to gradually use the medical marijuana for the pain that I am suffering with.read more

Jennifer Anderson
21:17 30 Apr 21
Extremely helpful and attentive. I felt very comfortable in the office and with the staff. I highly recommend this... place.read more

Carvel Bettencourt
16:58 04 Apr 21
They made it hassle free and easy. I’d recommend this to anyone who needs their services.

Jeffrey Augustine
20:13 02 Apr 21
It was very easy process and we’re very helpful from beginning to the end will definitely recommend to others

Jacquelyn Corpus
00:37 19 Feb 21
Absolutely LOVED my experience here. They listened to my symptoms and were very professional. Highly recommend to... anyone. Appointments are always available to interested people. Very educated personnel and I greatly appreciate their help through the whole process. Website was very informative and guided which is very helpful for users. Email customer service was very quick and responsive!! They really don't want to waste your time or take your money.read more

Jamie Deguzman
22:44 11 Feb 21
Everyone was so nice and informative. Very quick process. Thank you.

Carla Miller Miller
10:04 06 Feb 21
Thank you for a professional and understanding experience! I truly appreciate your kindness!

Jaren Tresise
03:27 22 Jan 21
Clean, professional, gave great advice on medical cannabis. I would recommend this place if your looking for you... medical cannabis card. Just remember to have doctors notes or prof of past injury’s.read more

Lauren Cooper
21:43 14 Jan 21
My experience with this clinic was both convenient and professional. Located within Dr. Chang’s eye clinic, his partner... was extremely helpful, going over the process and answering all questions I had. This is a legitimate Dotors office and they are truly concerned with helping people who have legitimate reasons for using medical marijuana.The office itself was clean and followed all Covid 19 protocols. The staff was kind and professional. I recommend anyone who believes that medical marijuana could possibly help their quality of life, go to them!read more

Thomas Lovan
22:29 12 Jan 21
Very professional and took care of my needs. Highly recommend them. Not only did they approve my card they went above... and beyond teaching me about the medicinal purposes marijuana is used for. Being on pain medication most of my life I look forward to trying something less harsh on the body and liver.read more

Cyndi Keller
03:47 05 Dec 20
The staff and doctor were very friendly and informative. Too bad it has to be so under cover and expensive.. I got... my license in 2 days and will go to the apocathery this weekend. Fingers crossed I will get some relief.Thank you for your respect and kindness, Dr. Chang and staff. I would totally recommend.read more

Daniel Gresham
09:08 24 Nov 20
Truthfully I was very nervous for the entire process for getting registered before I started, but everyone I talked to... and met through it were so incredibly helpful. I spent a lot of time deliberating on whether or not I should go through with it at all, and I'm glad that I did with their help.read more

Daniel Spreen Wilson
01:39 13 Nov 20
These two are amazing ! They are very knowable, efficient, helpful, and caring. You can't go wrong here. My card was... sent to me in less than 24 hours after visit.read more

Corey Silva
22:30 28 Oct 20
The Dr and staff are the best! DoH dropped the ball(twice) on my application and MMH staff was there to make sure it... was fixed. Dr was very professional and concerned with my ailments. If Hawaii doesn’t go recreational, I’m definitely using MMH next year!read more

Alex Corbelli
04:30 23 Oct 20
Very helpful experience! Would definitely recommend to anyone looking for their 329! Thank you!

Don Muller
00:43 13 Oct 20
I am pleased to say that my experience with this company was very positive. They made the process quick and easy to... understand. Thank you Kenji and Dr. Chang 🤙read more

Amy Endee
20:23 04 Sep 20
Super helpful. Walked me through the entire process, answered all my questions, and didn't feel rushed at all. Very... professional and non-judgmental. Highly recommend.read more

Valz Schmidt
22:53 09 Jul 20
It was quick and easy, Dr chang was nice and kept it professional , he also reached out to me and awnser some concerns... and questions I had, I appreciate him and his time for going above and beyond to assure that all my needs are met. I definitely will be renewing my card with them!read more

jennifer phillips
01:44 08 Jul 20
Incredible. I had so many fears that I was going to need overwhelming amounts of proof for my intermittent back spasms.... Today was a good day pain wise, and I worried I wouldn’t be taken seriously. That was not the case. They gathered the information required, expressed to me my options, the best locations, and the importance of paperwork from my primary Care physician for my annual renewal. To say the process was easy, is an understatement. Thank you so much Dr. Chang and staff. You have changed my life indefinitely.Forever in your debt,-Jennifer Farley-read more

Jon Kaaihue
05:11 18 Feb 20
Very easy process from the start. Went to their website and followed the step by step process. When I went into the... clinic is was clean and I definitely appreciated the complimentary coffee. Will highly recommend Dr. Chang and his staff for they really made the process an enjoyable one. Mahalo Doc!read more

Teri LadyT8088
18:28 30 Jan 20
The staff are very professional and the doctor was very empathetic towards my situation and needs.

Haunted By The Truth
21:24 22 Jan 20
The issues that led to make the decision to try new meds was difficult, confusing and embarrassing. The assistance I... was offered here by Doc Chang and his staff was comforting and knowledgeable, which made me feel I had made the right choice. Too often these issues go untreated and unspoken about, so I’m grateful to him and his staff for the support shown. I would highly recommend anyone suffering to consider this an option and visit Doc Chang and his staff. Thank you.read more

Alicia Katy
01:29 04 Dec 19
Super smooth and easy experience receiving my medical cannabis card today from Dr. Chong and his business partner... Kengi. Thank you both for a great experience. I highly recommend this place.read more

CaseyandTracy Kalahiki
18:31 02 Nov 19
I did a search of available appointments for doctors around Oahu. They were the only clinic that had same day... appointments available. Super easy process. Kenji went over my ailments, Dr Chang then came in to talk more specifics. If you take care of your DOH registration and clinic paperwork beforehand, your appointment will be super easy, super quick. The clinic is clean, professional, friendly and I was in and out. Mahalo Kenji and Dr. Chang!read more

Jennifer
23:00 10 Oct 19
Very professional and efficient service. If you fill out all of the listed paperwork when you make your appointment... online, the process will take 15 minutes or less. I was able to complete the online process and obtain a same-day appointment to complete the entire process within two hours. Thank you for your prompt help and suggestions on what may help me the most!read more

William Steitz
03:48 12 Sep 19
The process was seamless, very professional, and exceedingly empathetic. I am a 69 year old man with a lot of back... pain and, thanks to Medical Marijuana Hawaii, I may soon get medical relief. Thank you very much.read more

Jason Flint
00:30 13 Mar 19
I went to these guys based off a referral from my uncle. He said they were very professional and helpful, my uncle is... 82yrs old. I thought, if they can impress my uncle, they have to be quality. My appointment was yesterday afternoon, I made the appointment 2hrs earlier so I was surprised they could see me on such short notice. Anyway, I was very pleased with their process. I filled out most of my forms online so when I got to their office I didn't have to fill anything else out. The appointment went very smoothly. The doctor approved my card but he also suggested a couple other doctors for me to see for my condition, which I thought was very nice. I didn't feel like they were pushing a lot of patients in and out just to get paid. Thank you guys for the great experience, I'm sure my uncle and I will send more business your way soon.read more
Next Reviews 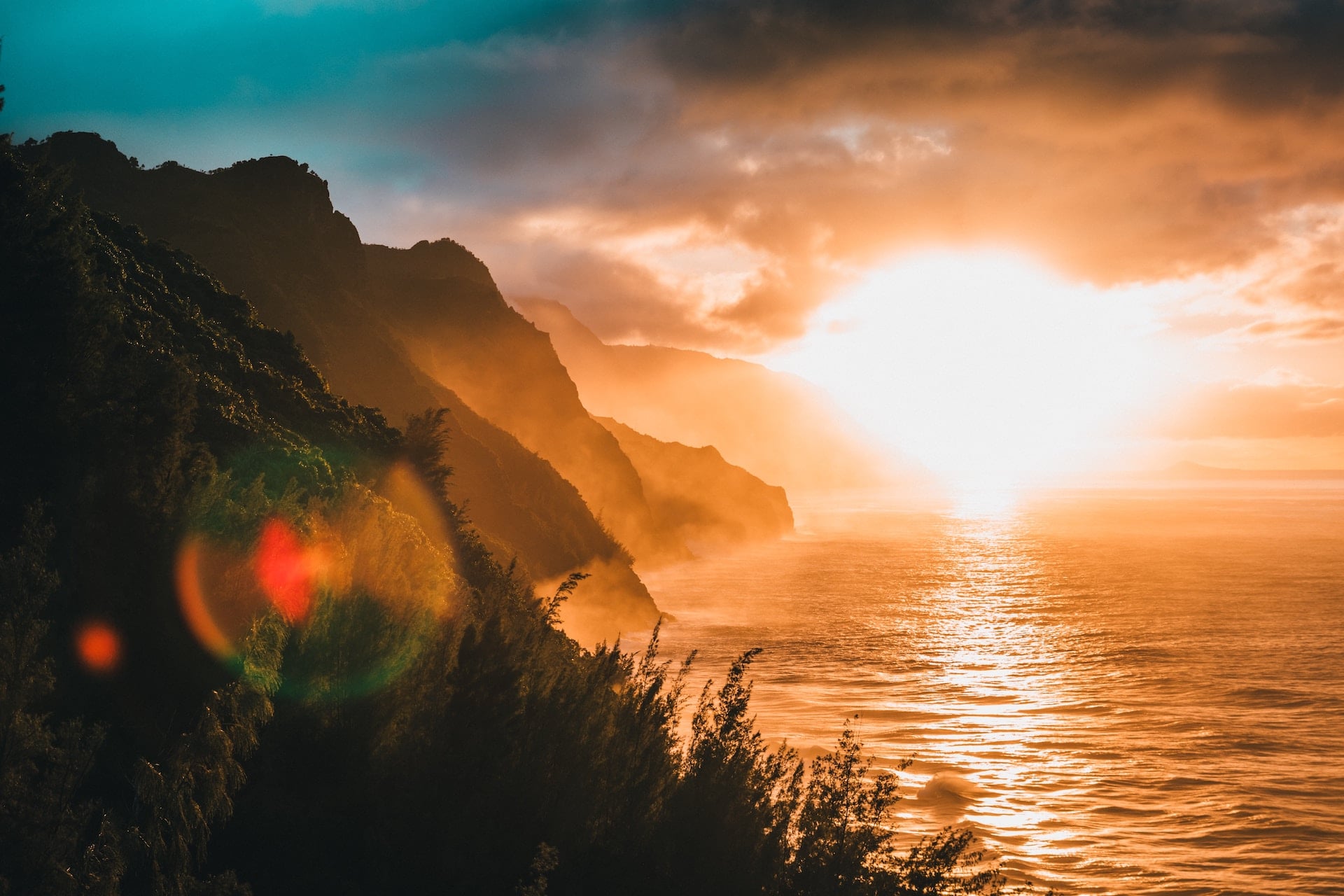 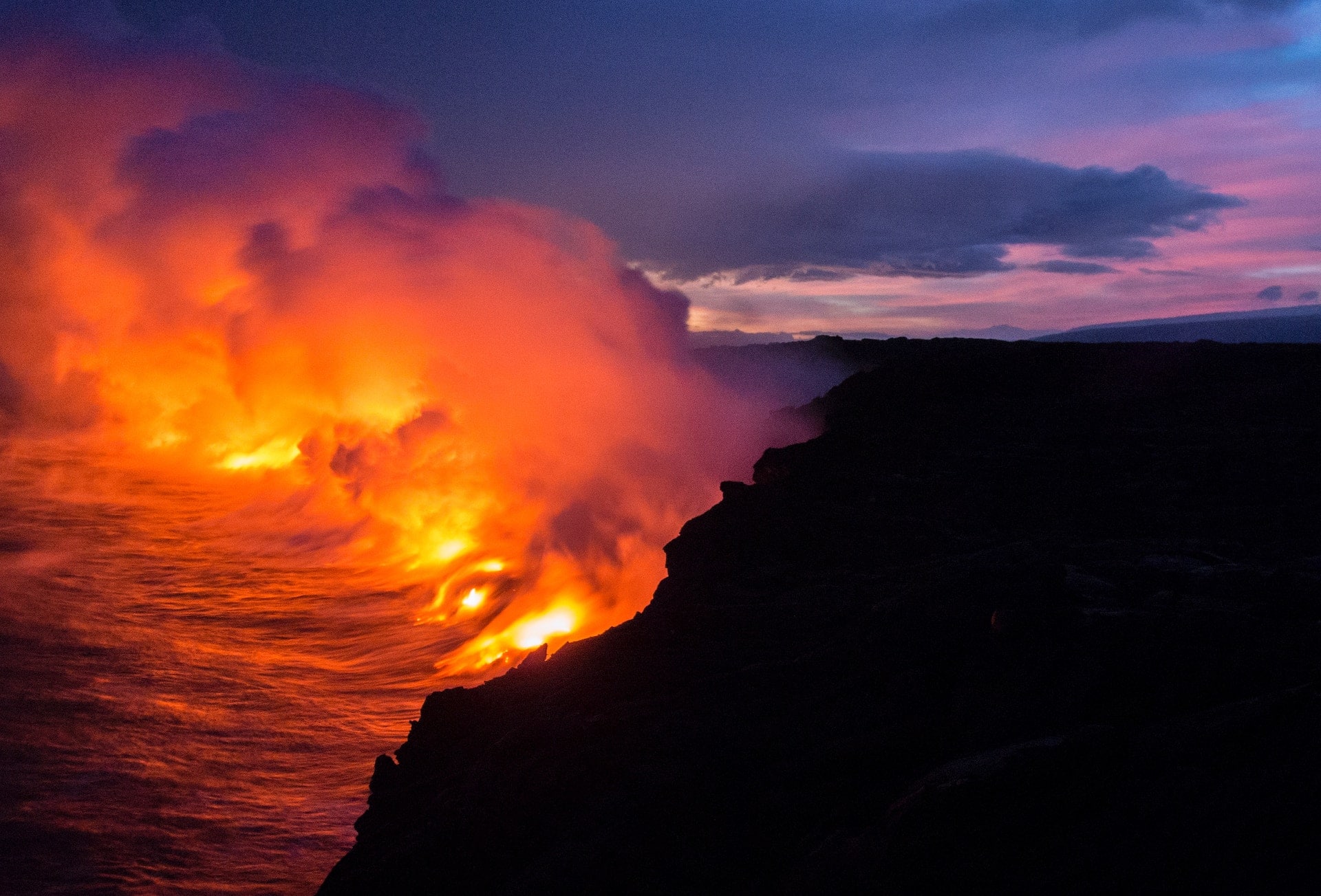 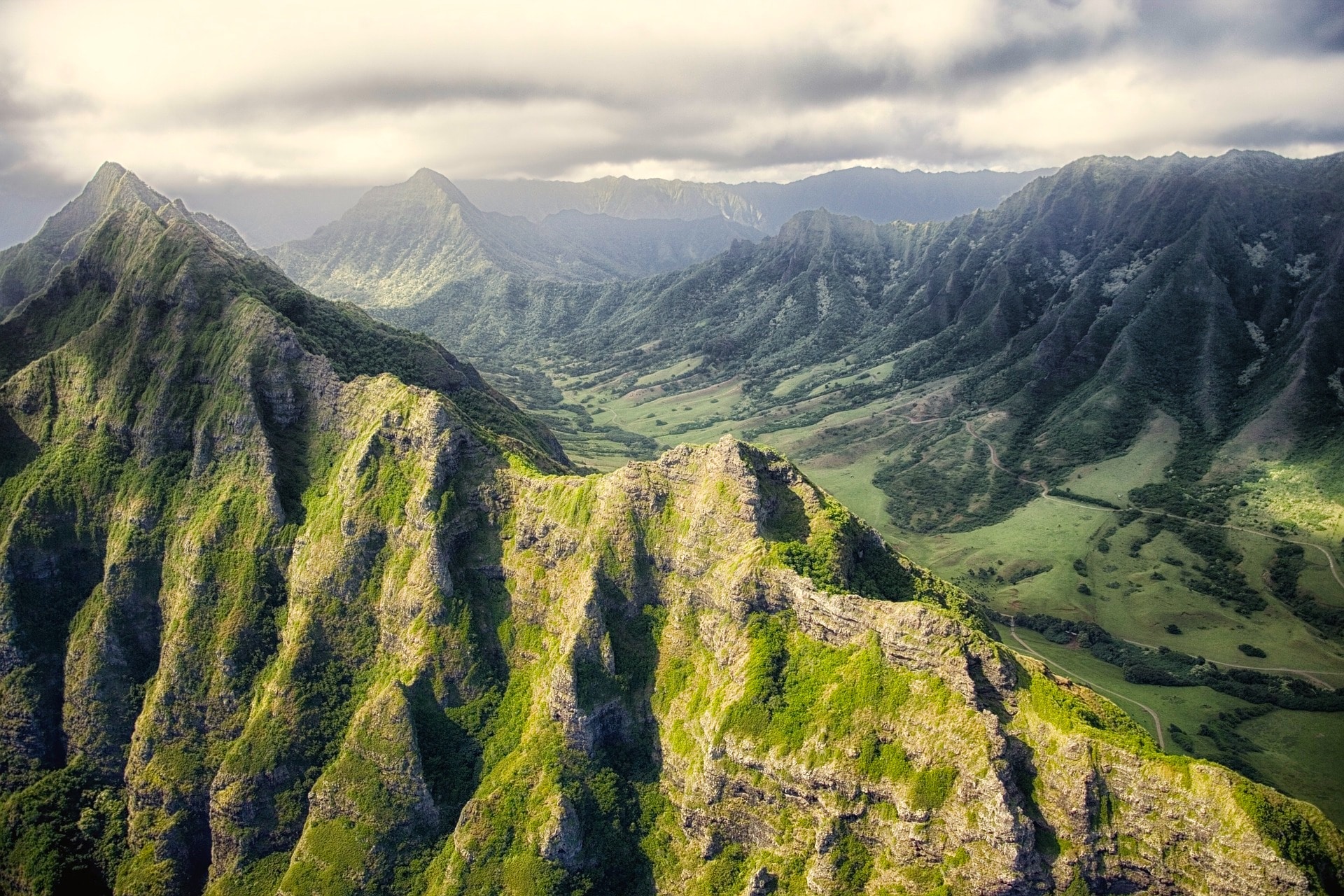